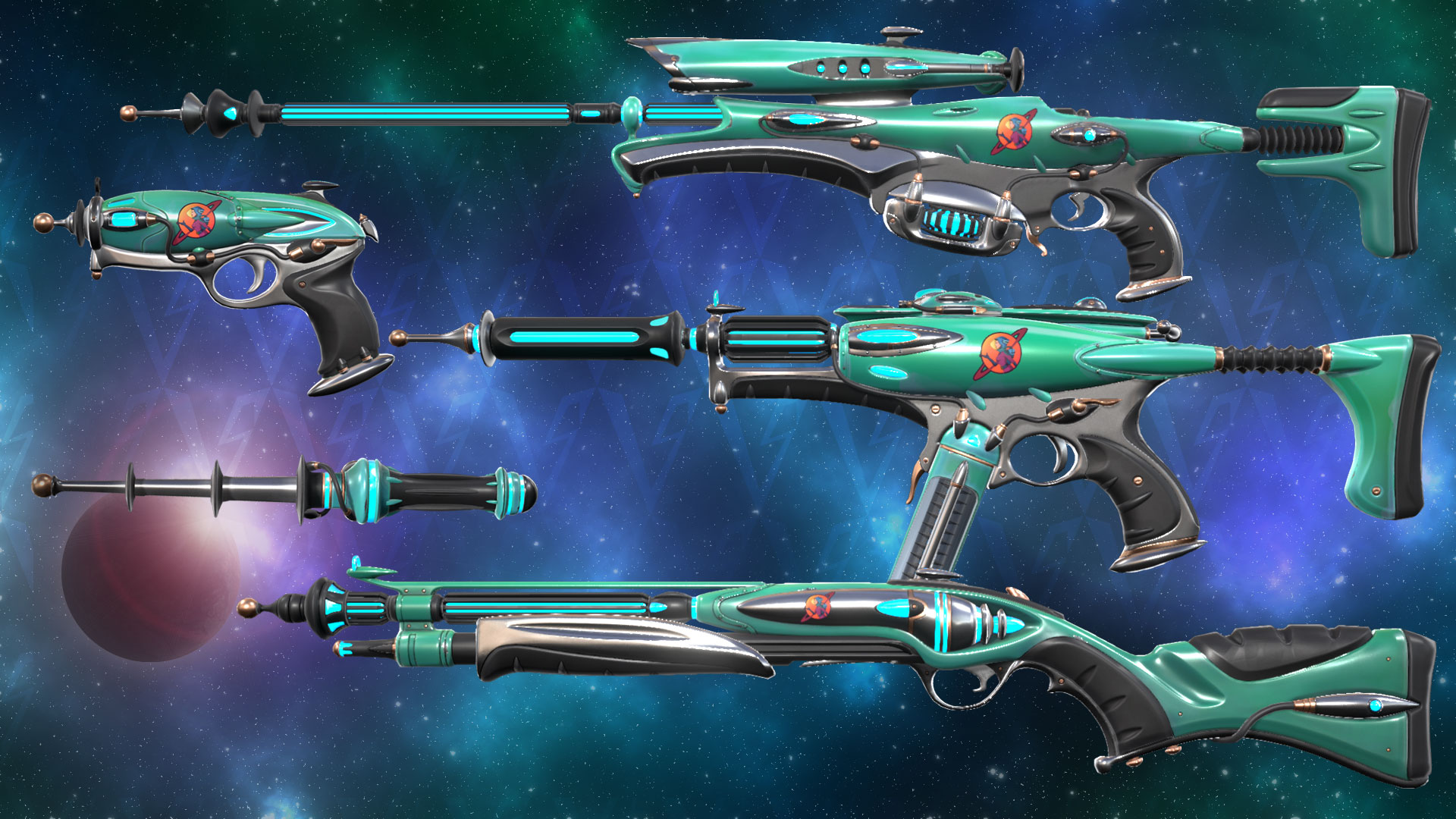 The Gravitational Uranium Neuroblaster Skins or “G.U.N.” collection costs 7,100 VP and was released on October 30th 2020. It contains a melee or Baton, Classic, Bucky, Spectre and Operator, although these weapons don’t have much of a resemblance to the default weapons. These skins have a distinct sci-fi inspiration, looking like they came straight out of a classic sci-fi movie set. The knife costs 3550 VP and the individual guns cost 1775 VP. The skins each come with three variants and have some unique elements, with the guns firing a laser instead of a bullet and a glowing reticle for ADS shooting. 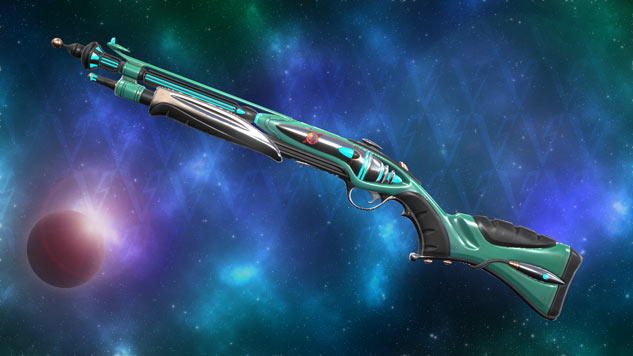 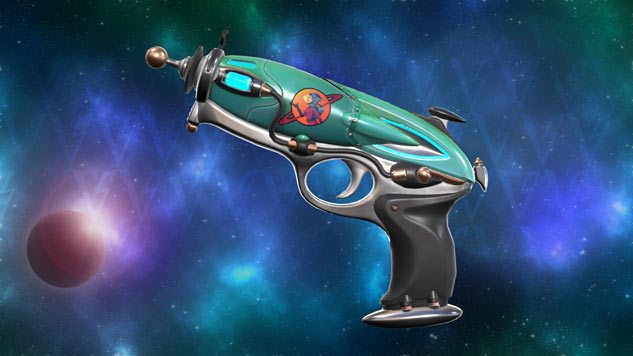