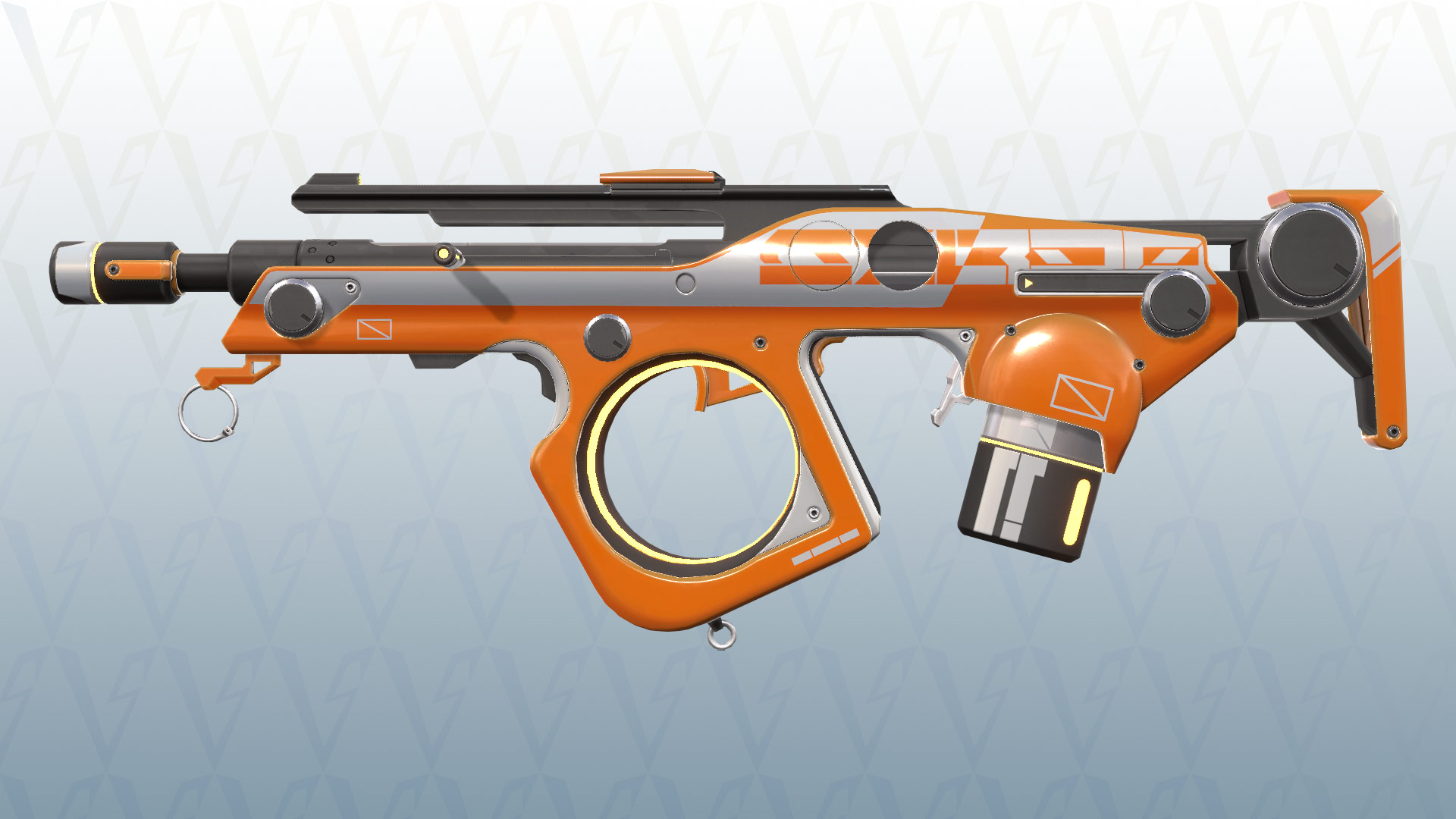 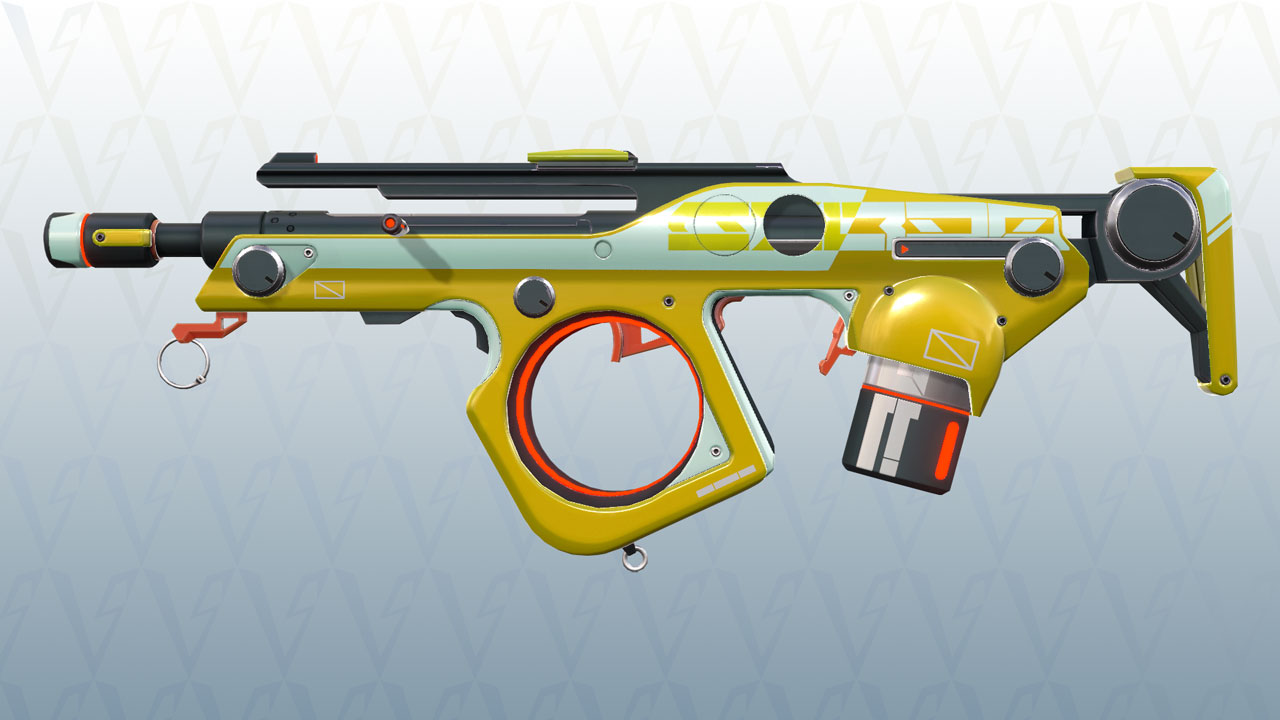 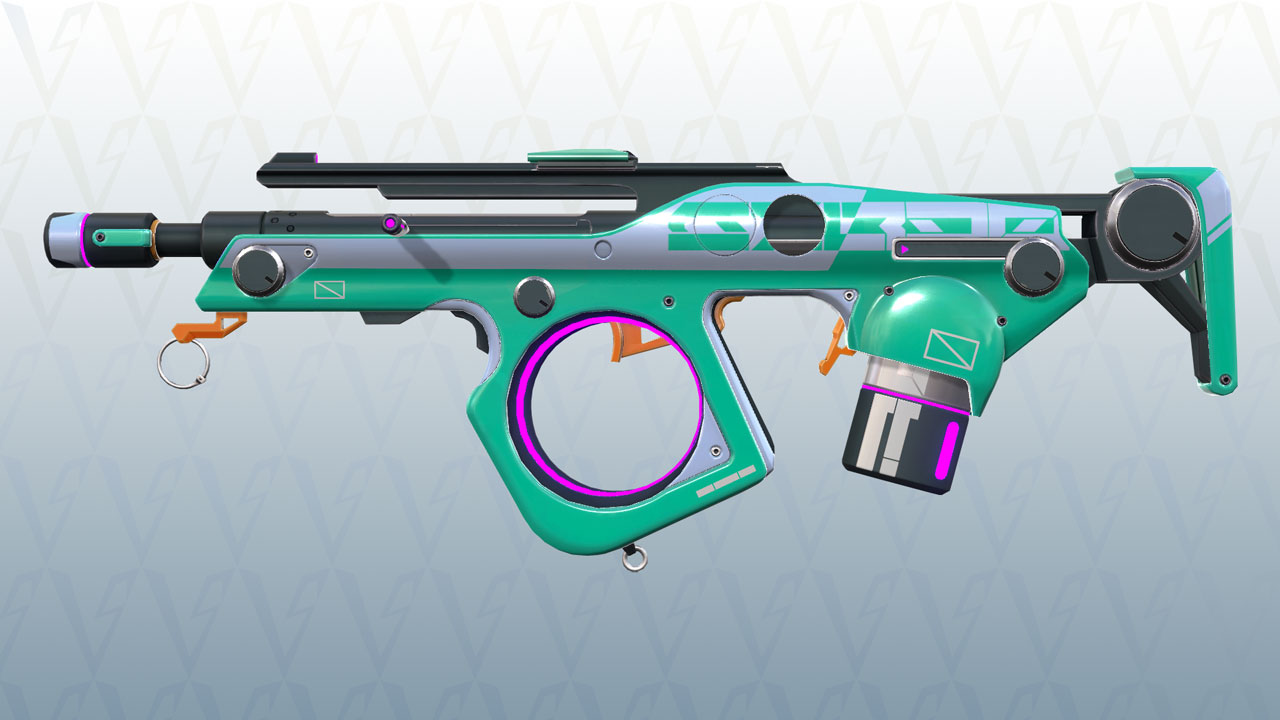 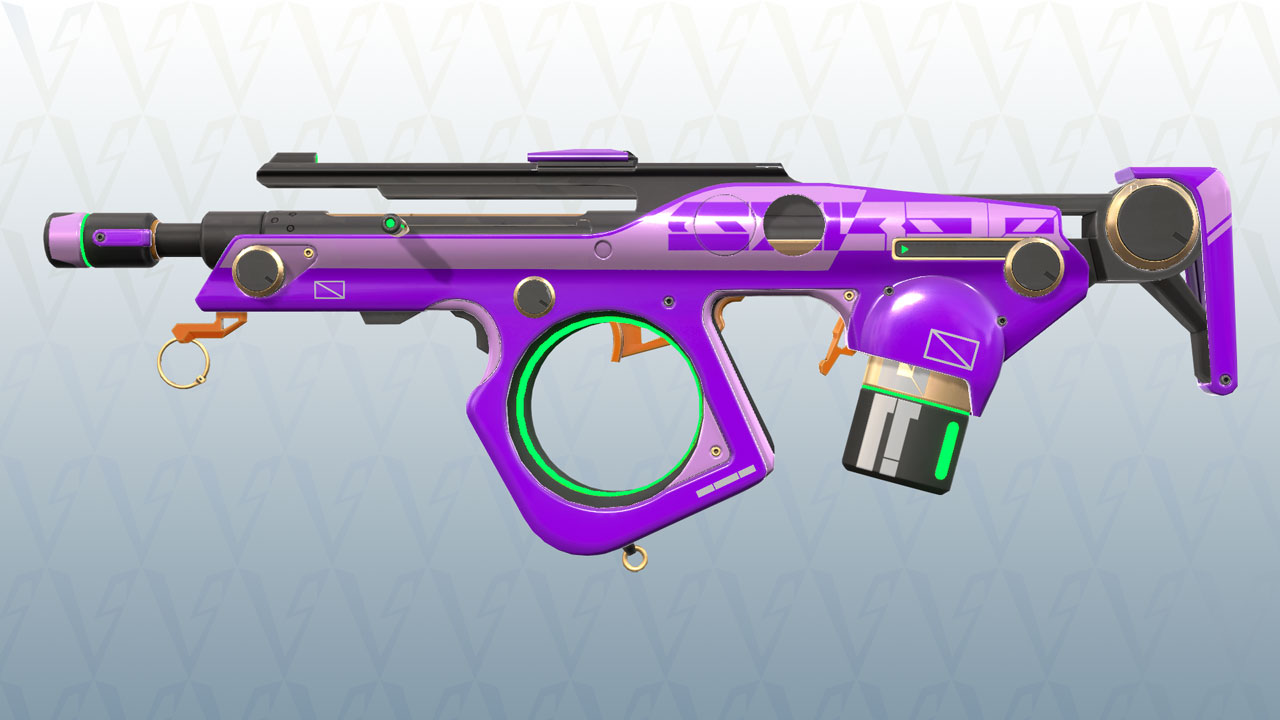 The new Valorant Velocity Bulldog is part of the Velocity collection and was released on Wed 11th January 2022 as part of the Episode 4 Act 1 Battle pass. Each skin comes with three variants in yellow, purple and green. These skins can be unlocked by completing various levels of the Battle Pass. The skins have a unique look, with large circles dominant throughout the weapons. The base skins are predominantly orange and white with parts of the skins in black. 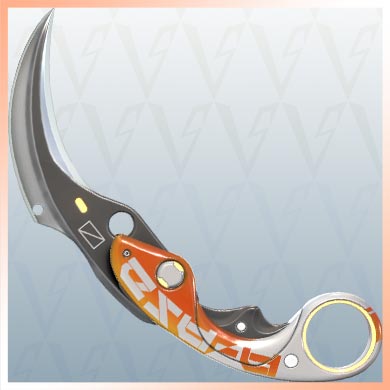 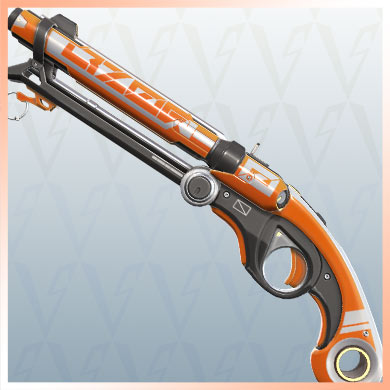 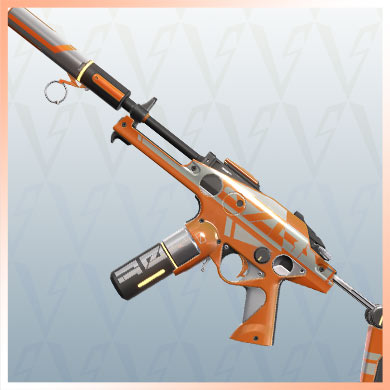 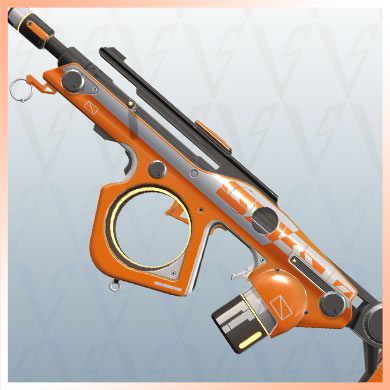 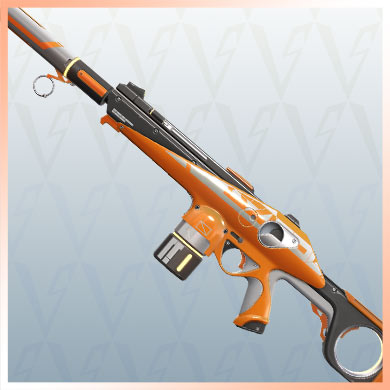